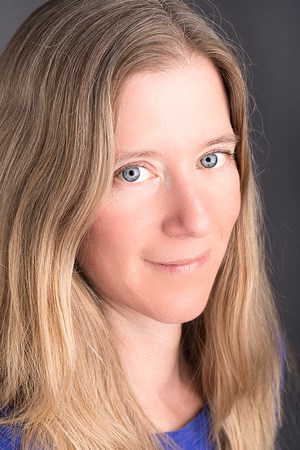 As a Feng Shui Consultant and Traditional Healer, I offer a holistic approach for the well-being of your body, mind, spirit, life and home. I can help you find a deeper, more meaningful connection in life by reconnecting to the healing wisdom of Nature.

Through a relationship with Nature, we can heal the pain in our hearts, smooth the challenges in our lives, reconnect to our purpose, bring harmony to our homes and balance can be restored on earth.

Over 20 years ago, my tai chi teacher handed me a flyer for a Feng Shui workshop and said ‘Meg, you’ve really got to check this out.’

I had never heard about Feng Shui, but I was already very interested in the Chinese system of chi through my passion for chi gong, tai chi and herbal medicine. Taking that Feng Shui workshop was an aha moment for me. All the years of rearranging my furniture trying to create order and balance in my life, along with my highly sensitive nature, finally started to make sense.

It was very clear that being a Feng Shui practitioner was my dream job. But I hesitated, did people really do this? I knew that working with people and being of service was my calling but this seemed so off the beaten path, even for me.

After 3 years of doubts, I found the courage to begin formal training to become a Feng Shui consultant. Since then I’ve been blessed to have completed extensive Feng Shui training with several renowned teachers: Francine Tuft Peterson, Carol Bridges and Jetsun Ma, Master Teacher Ho Lynn. I can hardly believe that now I have over 18 years experience practicing Feng Shui.

I’ve moved 7 times since I became a Feng Shui practitioner. Moving many times forced me to reevaluate the value and meaning of my belongings and taught me a lot about decluttering. Through my Feng Shui practice I discovered that clutter was often the main thing disrupting the balance and harmony for my clients. This ignited a passion for decluttering my own home and for coaching and inspiring others how to declutter and simplify.

The foundation of my Feng Shui practice is my work as a Weather Worker and Traditional Healer. How did I come to working with the forces of Nature and discover I was called by the Weather Spirits? After 10 years of being worn down by chronic pain and fatigue, without relief after seeking the help of many Drs. and healers, I found myself in the care of a traditional healer named E.Cowan. His treatments gave me a new and deep feeling of connection that I wanted to experience more of. The message was clear, just keep working with E.

Then I had a spectacular dream.

In the dream, I was singing the most beautiful song and it felt so good to sing that song! Then I stopped myself and exclaimed, ‘I shouldn’t be singing this song, this is the song of an initiated weather worker and I’m not initiated!’.

When I asked my traditional healer for his guidance about the dream he said, ‘I think you have a calling from the Weather Spirits to be a weather worker. I think you may have an illness of calling and this may be why you’re not getting better. You need to see a man name David Wiley for a spiritual divination to find our if you’re being called by the Weather Spirits to a path of service to them.' I didn’t know what that was but I could feel it deeply in my bones that I needed to find out. For years I had a sense I was being called to something, but what? So this new pathway made sense.

The spiritual divination revealed I had a calling from the Weather Spirits to be a granicera or weather worker, in the Nahua indigenous tradition of central Mexico. A path that involves a lifetime of devotion and service to the Weather Beings including a commitment to helping people build a reciprocal relationship with the divine forces of Nature.

I was initiated as a Granicera into this ancient living tradition in Nepopualco, Mexico by Don David Wiley in 2007. In May 2013 I began a deepening of my granicera path through an intense apprenticeship training in Traditional Nahua Healing. After completing a deep process of building relationships with sacred medicine sites and the Weather Beings, I was initiated as a Tepahtiani in November 2020. I’m very grateful and honored to be offering this traditional healing work where I live in Santa Cruz, California.

It would be my honor to work with you whenever you’re seeking healing and support for your body, mind, spirit, life and home. Contact me to schedule a discovery session to explore how we can work together.